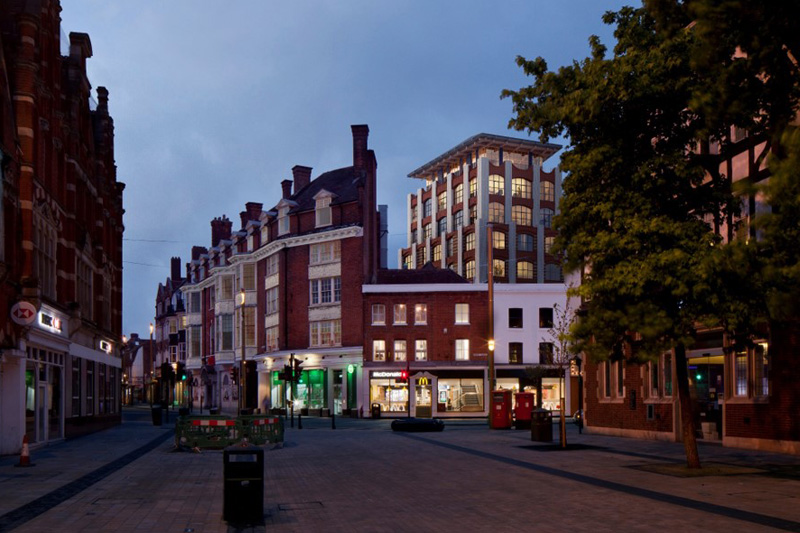 Plans to restore the Grade II-listed Royal Bell as a 5-star hotel in the heart of Bromley have been unanimously granted permission by Bromley councillors (subject to conditions).

The scheme will see the building, currently on Historic England’s ‘At Risk’ register, restored with the addition of a new extension, and will host 50 luxury bedrooms, function rooms, a retail unit, gym and swimming pool.

The unanimous decision taken by the councillors, against the officer’s recommendation for refusal, was particularly insightful, and supported by councillors’ comments in the debate that pointed towards the benefits of the scheme as outlined below:

Managing Director of Hillman & Sons says: “I am delighted the councillors agreed our proposals are exciting for Bromley Town, and will secure the future of this fantastic building. As a born and bred resident of this borough, I first went to The Royal Bell as a young lad to celebrate my grandad Nelson’s birthday, the founder of our family firm. With the anniversary of his passing next week, and the company’s 80th birthday this year, the result comes at a particularly poignant time.

“I have been overwhelmed by the support from local residents, businesses and indeed the councillors. We were conscious to ensure we engaged with the local community throughout planning and held a voluntary public consultation in June, to which over 250 people attended, providing truly important feedback to grow and evolve the scheme. I would like to thank everyone involved for their support including the public, community groups, local councillors and Bob Neill MP.”